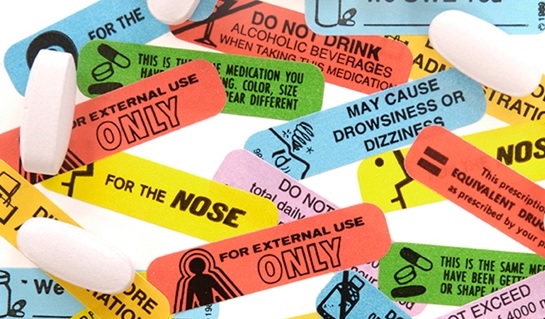 The Leapfrog Group released its 2019 report on Medication Safety. The report is based on results of the 2018 Leapfrog Hospital Survey, with data submitted by over 2000 U.S. hospitals. The report, issued today, analyzes how well responding hospitals perform in deploying two life-saving technologies: Computer Physician Order Entry (CPOE) systems and Bar Code Medication Administration (BCMA) systems. Both reduce medication errors, the most common error made in hospitals. The report is the first in a four-part series that will summarize findings across the 2018 Leapfrog Hospital Survey. Future reports will highlight hospital trends in maternity care, never events and surgical volumes.

Leapfrog has collected and publicly reported safety and quality information about hospitals for 19 years. Results, by hospital, are available at www.leapfroggroup.org/compare. In 2018, a record-breaking 2021 hospitals, representing almost 70 percent of U.S. hospital beds, participated in the Leapfrog Hospital Survey.

In Michigan, The Leapfrog Group included 130 hospitals in the annual survey. Of those 130 hospitals, 61 (47%) declined to participate in the CPOE and BCMA section of the survey.

Hospitals use CPOE systems to order medications for patients instead of writing out prescriptions by hand. Good CPOE systems alert physicians and other licensed prescribers if they enter an order that could cause patient harm, such as an interaction with an existing medication or the wrong dose.

In Michigan, the CPOE results concluded:

“Leapfrog’s CPOE standard is tough, because medication errors are a tough problem. People deserve to know that hospitals are using the best technology and using it wisely to protect their patients,” said Leapfrog president and CEO, Leah Binder.

Hospitals reporting to the Leapfrog Hospital Survey are evaluated on the extent to which barcoding is used and whether the hospital implements barcoding using best practices for patient safety. Among responding hospitals, 45 percent fully meet Leapfrog’s standard for bar code medication administration standards, which are four-fold:

In Michigan, the BCMA results concluded:

“What is promising about this year’s bar code medication administration results is the increase in hospitals that fully met the standard,” says Binder. “In the 2017 Survey, 34.5 of responding hospitals adhered to best practices in bar code administration. In the 2018 Survey, that number rose to 45 percent. We’re moving in the right direction to save lives, but much more needs to be done. Given nearly all hospitals have this technology, there’s no reason we shouldn’t be at 100 percent compliance in effective use.”

Only 14% of reporting hospitals in Michigan fully met the Leapfrog standards in both CPOE and BCMA with Henry Ford Health System leading the way with five hospitals:

“As an advocate for improving patient safety within the state, it’s troubling that only ten hospitals fully meet the standards in both categories for medication safety,” states Bret Jackson, president, EAM. “We must do a better job at preventing errors in order to reduce costs associated with medical mistakes.”

Employers and other purchasers, as well as patients and families, may use the results of the 2018 Leapfrog Hospital Survey to identify the facilities most effectively using CPOE and bar code medication administration technology to reduce medication errors. The complete Medication Safety report is available online at http://www.leapfroggroup.org/medication-safety-report-2019. Additional information for patients, employers and purchasers may be found here.